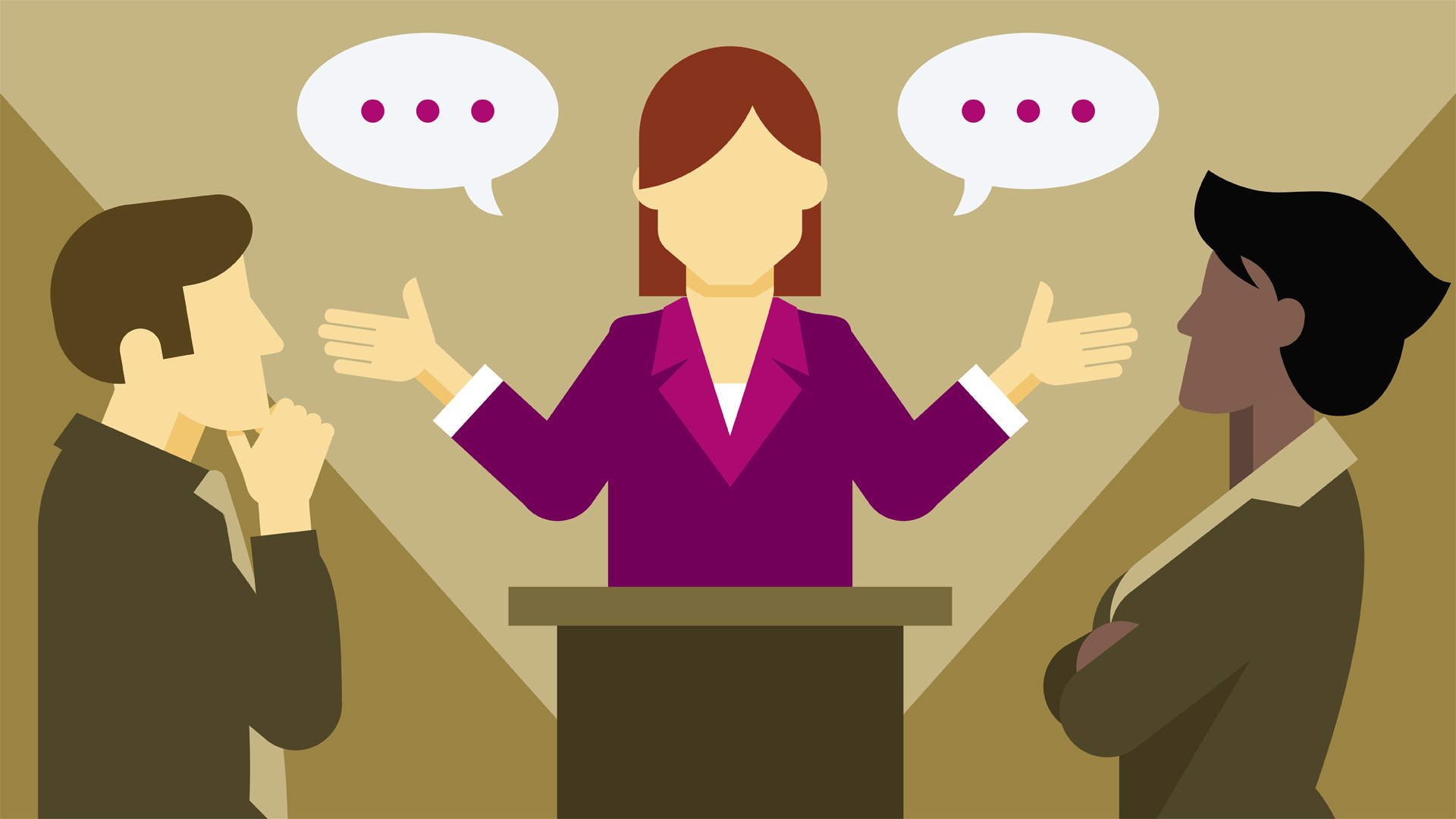 Too many of my contemporaries have forgotten or never really experienced what it’s like to craft persuasive arguments or engage in meaningful debate.

It seems like the art of persuasion is dead, a vestige of a bygone era where people engaged in the hard work of bringing people to their perspective. Too many of my contemporaries have forgotten or never really experienced what it’s like to craft persuasive arguments or engage in meaningful debate. Let us reengage with the concept of principled political persuasion.

In our current state of politics, it is understandable why persuasion has taken a backseat to political nonsense and noise. The political extremes stretch across the political parties. Political institutions are at a stalemate. Political pundits are perpetually telling us that everything is in disarray. Fake news and alternative facts drive our current era because the most prolific performer is the 45th president of the United States. The loudest; most sensational keyboard warriors can draw all of the attention without saying anything meaningful. I think it is time we engage in the concept of principled political persuasion because politics is not a zero-sum game.

The Rules of Engagement

To engage in persuasion, we have to understand our own position. So many people are using talking points and slogans and trying to pass that off as arguments. So many of us are wandering through the world without a clear perspective of what we believe. Take a moment and truly think about what you believe; it is essential to formulating persuasive arguments.

The second rule of engagement is to organize. What are your fundamental principles? Fundamental principles are areas and issues for which you are holding the line. What are the areas for which you can find flexibility? What are the areas that you need to educate yourself? Knowing where you want to go is essential in making sound arguments and engaging in principled political persuasion.

The third rule of engagement is to stay in the lanes and avoid making stuff up. I see this all the time with folks trying to defend their favorite presidential candidate but don’t fully understand the positions or policies of their candidate. I often tell my fellow millennials to argue for someone or some campaign versus lamenting about what campaign you don’t like. You are more likely to be persuasive by showcasing and advocating for your passions over crusading for what you dislike. Remember, passion is not the same thing as emotion. Don’t allow anger or bias to get in the way of a compelling argument.

The fourth rule of engagement is knowing your audience. Echo chambers and groupthink is real. Virtue signaling and extreme wokeness are prevalent. The 24-hour news cycle and the never-ending punditry of social media make knowing your audience tricky but when you put in the work of knowing your audience you can be quite effective in principled political persuasion. We are living in an era of wokeness, call-out culture, and AI social media robots, which usually leads to dogpiling. Avoid virtue signaling because it’s not persuading anyone to your perspective, even if it gives you temporary satisfaction.

The fifth rule of engagement is reading and doing some research. We can access information; many of us carry optimized search engines with us every day. Unfortunately, we rarely take a few extra minutes to research claims, facts, quotes, or attributions. More of us should take the extra step and used the Google Machine. Although the Google Machine does require a certain level of critical thinking and analysis. Ask yourself how many times have you shared an article without reading it or wrote comments on satirical articles because a headline was catchy?  Principle political persuasion requires reading and research.

The sixth rule of engagement recognizes that sometimes opinions can stem from facts, but not all opinions are factual. Principled political persuasion requires us to support our arguments with facts, data sets, statistics, evidence, analysis, and examples. We also have to remember that correlation does not equal causation.

The last rule of engagement is showing integrity and good faith. All too often we approach debates with closed ears and closed hearts. We approach arguments already knowing the outcome. The unwillingness to consider an alternative makes persuasion impossible. Bad faith arguments are pervasive on the political left and political right, and we should be doing better.

If we are intent on changing the political climate, we must start putting in the work of persuasion. I am calling upon my contemporaries to stop with the platitudes and talking points. Cut out the sloganeering and hot takes. We need to equip ourselves with knowledge and arguments. We need to do our homework and understand the issues. We have to be opening to rethinking our own understanding all while maintaining our deeply held beliefs and values. The art of persuasion is not dead, we can move people to our perspective, but that requires real work.