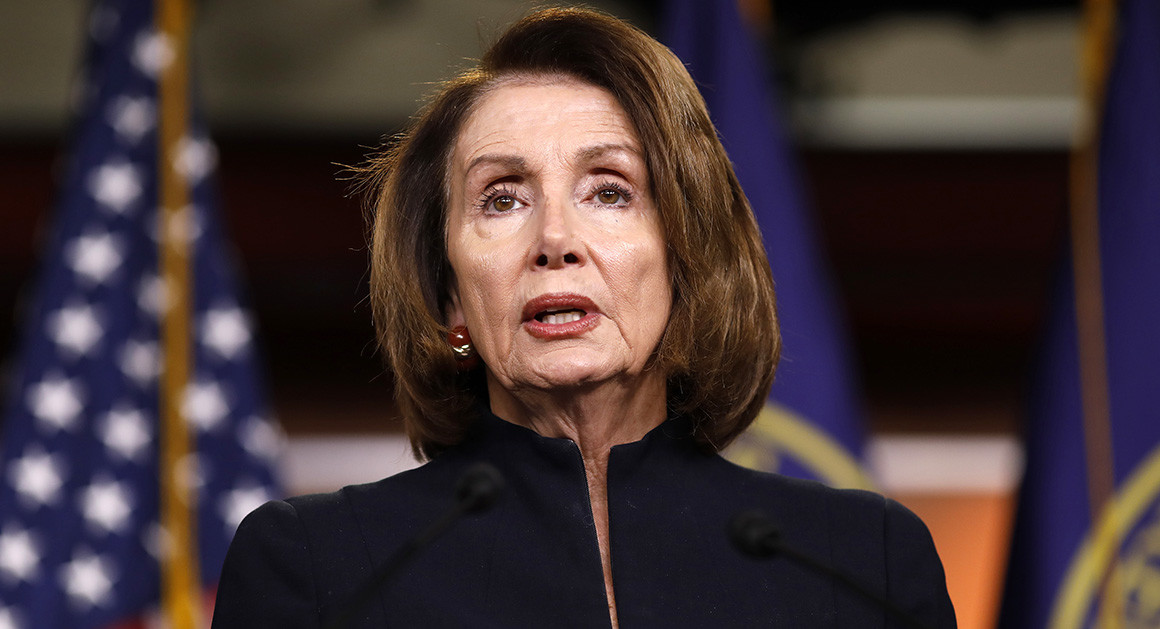 There’s a showdown coming in 2020. The culmination of four year’s worth of tension, anger, and controversy will reach its zenith on election day. As a nation we’ve watched as immigrant children detained in cages, as the president and his family have engaged in levels of self-enrichment and corruption unseen since the Gilded Age and as the Republican Party has flooded every level of the judiciary with far-right judges hellbent on resurrecting Jim Crow. For millions of Americans, this fight-and its conclusion-will be a defining moment in their life. So, with the stakes this high, why is Nancy Pelosi attacking democratic congresswomen and dividing the party?

I’m referring to Pelosi’s ongoing-and one-sided feud with a new upsurge of young, diverse and progressive women legislators. Alexandria Ocasio-Cortez, Ilhan Omar, Rashida Talib, Jahana Hayes, Sharice Davids, and Ayanna Pressley are the future of the Democratic Party. These women come from a broad spectrum of backgrounds and experiences. Their ranks are composed of African Americans, Hispanics, Somali-Americans, Christians, Muslims, straights, and LGBTQ. They have been at the forefront of a movement to create a new path for America, one that’s a counter to Trump’s increasingly autocratic vision. They’re proponents of the Green New Deal, gender equality, and Medicare For All. They are also part of a wing of the Democratic Party that Pelosi has been publicly admonishing and attacking for months. So, why is Pelosi so outspoken against these women? To answer this, we have to look at the two women who have drawn the brunt of Pelosi’s ire: AOC and Ilhan Omar.

Alexandria-Ocasio Cortez is exactly what the party has been saying they need-and want-for the past decade. A young, blue-collar woman of color that can revitalize the Democratic Party and draw younger voters to the polls. By blending together, a magnetic personality and her brand of progressive politics, she captured the attention of America in her underdog victory against Joe Crowley-an establishment Democrat and possibly next in line to the speakership-and has since experienced a meteoric rise in fame and exposure, just recently being included in TIME magazine’s Top 100 most influential people. For millions of millennials, people of color, and working-class individuals she’s already an icon and a tangible sign that people like them have a voice in Washington and-most importantly-a model for their entry into office.

However, these exemplary actions have only fueled a one-sided beatdown. Pelosi has grown increasingly committed to publicly criticizing AOC. It’s become so flagrant that headlines like “Nancy Pelosi just won’t stop trolling Alexandria Ocasio-Cortez” “Nancy Pelosi Can’t Stand That AOC Doesn’t Know Her Place” and “Why Nancy Pelosi Is So Comfortable Dismissing the Influence of AOC and Her Fellow Lefties”, have been popping up with increasing frequency in the past few weeks. But instead of bringing up headlines, I’ll let Pelosi’s own words do the talking:

Nancy Pelosi: “By and large whatever orientation they came to Congress with, they know we have to hold the center. We have to go down the mainstream.” 60 Minutes: “You have these wings. AOC and her group on one side…”

Why is the Speaker of the House taking these childish potshots at one of the most visible and popular politicians in America? Even more importantly, as the leader of a party committed to female empowerment, why is Pelosi diminishing the achievements and career of a fellow female leader?

Is this progressive wing a vocal critic of Pelosi?

Did this wing vote against Pelosi in the speaker’s election?

Let’s turn to Ilhan Omar. She’s a37-year-old Somali-American freshman member of Congress who has consistently advocated for human rights and anti-intervention. She’s criticized the state of Israel as strongly as the state of Saudi Arabia. She has also been the target of a deluge of death threats and racist fear mongering over a video-which was posted out of context, falsely claiming that she was sympathetic to the terrorists who orchestrated the atrocities of 9/11. Instead, her comments-in their full context-were nearly identical to what President George W Bush said in the aftermath of 9/11. Pelosi’s non-defense of Ilhan has drawn intense criticism from Democratic activists across the ideological spectrum. After Trump targeted Omar on Twitter, leading to a spike in death threats against her, Pelosi said nothing for days. When she did decide to comment, she refused even to use Omar’s name and instead responded to the Islamophobia with a meek “The president shouldn’t use the painful images of 9/11 for a political attack”. A Republican congressman (who had previously insulted a firefighter who was applying for the 9/11 Victims Fund) and Trump (the man who called for the death of the Central Park 5) pushed a false narrative, meant to incite death threats against a black Muslim sitting member of Congress and Nancy Pelosi couldn’t beyond the petty inter-party squabbles in order to even properly defend her. Just a few days after the video aired, Pelosi met with former Labour party leaders and made a veiled shot at Ilhan Omar’s criticism of Israel. Ilhan Omar has had the grace not to respond.

It’s a bizarre feud which is made all the more outrageous by that the fact that it’s undeniably one-sided. Neither AOC, Omar, Rashida Tlaib or any member of that “wing” has levied any substantial criticism of Pelosi. These attacks are simply coming out of nowhere. Why diminish them and erase their accomplishments with degrading comments. Even if Pelosi privately despises them and finds that praising them nauseates her, she could just… not say anything. It’s not a complex concept.

So, the question comes back to why? Well, to pull out Occam’s Razor here, the simplest answer is that Pelosi wants to put these women in their place but they simply won’t. Unfortunately, this toxic pattern of behavior is something women in the workplace have dealt with for decades; the only difference is that it usually comes in the form of a condescending and abusive male boss, not from a fellow woman, and one who allegedly stands for the ideals of diverse representation and total workplace equality.

If we’re honest with ourselves, we have to accept a hard truth. These are not the actions of someone urgent about beating Trump, or on raising on up the vulnerable and marginalized, or on combating climate change. Pelosi’s actions reveal someone who is most preoccupied with maintaining- and withholding- power and influence in Washington.

EDIT — 05.01.19 — This article was originally posted with Johnny V. Boykins as the author. The correct author is David Petrantoni.

David Petrantoni is Vice President of the Pinellas County Young Democrats, a proud Sponger and a voracious Chicken Parm Lover. David is also currently serving as Precinct Committeeman with the Pinellas Democratic Party.