The Mission: The Next 100 Days

The Mission: The Next 100 Days 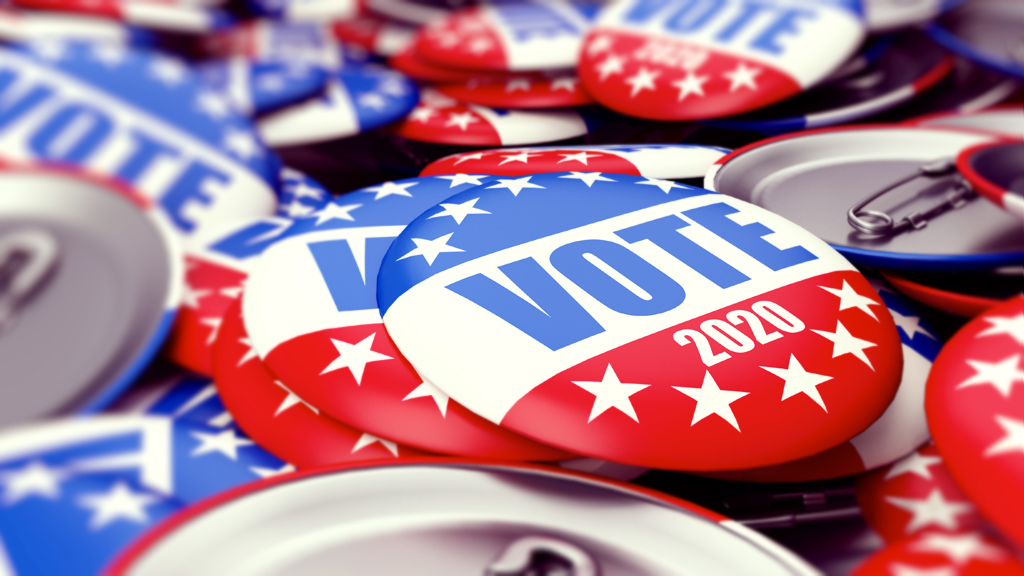 100 days from now we will execute our mission to make President Donald Trump a one-term president and usher in a new generation of leaders to craft a country we deserve.

In 100 days, we will take our country back. We are not the country that Donald Trump often describes as ‘American Carnage.’ The last four years has been ‘American Carnage. The list of Trump offenses is too long to recount but a course correction is on the horizon. What we know is that President Trump and his administration is deeply corrupt and lies with impunity. The Trump Administration has overseen family separations at the border and locked kids in cages. The Trump Administration fumbled its response in the aftermath of Hurricane Maria and left thousands of our fellow Americans to suffer. President Trump has sympathized with white supremacists and nationalists, asserting ‘fine people on both sides.’ President Trump has propelled the nation in to a recession and the world deals with a global pandemic. Over 150, 000 Americans have died from COVID-19 and the President of the United States went out on national television and denied any responsibility. In 100 days, we will take our country back.

100 days from now we dig deep and ensure we turn out the voter we need to elect a government we deserve and shape the future we all desire. In 100 days, we will head the polls to vote for local candidates from County Sheriff and School Board to Property Appraiser and Tax Collector. We will usher in a new generation of leaders and send them to the statehouse. We work diligently to return our incumbent candidates who have been fighting the good fight on Council and in the State House and in Washington, DC. The mission is clear. We must send Donald Trump and his clown car of cronies packing on November 3rd. Our mission is to ensure that the impeached 45th President of the United States serves one term and is made to the ash heap of history.

THE BATTLE HYMN OF THE REPUBLIC

The Republican Party loves to wrapped itself in the American Flag and other more sinister flags and symbols, while claiming to have a monopoly on patriotism. They do not. Our mission now as we head into the final quarter of this election cycle is to harness the energy of protests, dissatisfaction with Trump era, and our belief that something better is on the horizon.

The battle lines have been drawn. The Republican Party loves to use war imagery in its rhetoric with the constant refrain of “war on” insert whatever perceived personal slight or imagined indignity. The President of the United States has taken the battle to American cities. The cultural warriors on Fox News have proclaimed the end of the American Republic. They have sounded the air raid alarms. The right has gone all in over protecting the legacy of insurrectionists and traders. Revisionist histories are being unraveled. Debates about history and heritage are occurring in rural communities and city-centers. Statues are coming down; monuments are being reexamined and given proper context and a reckoning of our collective history is being exposed for all of us to see, hear, and feel.

The ‘American Carnage’ that President Donald Trump described on his very first day in office only lives in his head. He has desperately tried to craft a version of America that does not exist. The battle now is to manufacture outrage, engage in misinformation and propaganda, and administer a campaign of voter suppression and disenfranchisement. We must be ready. We must put on our suits of armor and organize as we have never done before. We must continue to build a community. We must continue to reach people where they are and move them in the direction of a more just society.

We know what we need to do, our mission is to turn our voters. That requires us to reach out to our friends and neighbors and get them to vote. Our mission is to get the unprecedented recipients of mail ballots to turn in their ballots. In the next 100 days, our single mission is to reach out to our family, friends, neighbors, strangers, and every person we meet to vote. We have an opportunity to change our country. We must fight the overwhelming assault of voter suppression that the Republican Party is prepared to enact. We must get those fellow Americans who are sitting on the sidelines to engage in the civic duty of voting. Donald Trump is unworthy of occupying the Oval Office and we are the only ones who can stop him.

I am calling upon you to volunteer for a campaign. Commit to planning to vote. I am asking you to talk to your roommate, family, friend, coworker, and stranger on the street to vote. We are about to embark upon the most consequential election of our lifetime and we must leave everything on the field.

If we leave everything on the field, we will arrive on November 4th victorious. We will win the battle for the America we all want. We can end this national nightmare, I hope you are with me, Join the Pinellas County Young Democrats and make it happen.

LEARN HOW YOU CAN VOLUNTEER