Unity is Great, but Freedom is Better

Unity is Great, but Freedom is Better 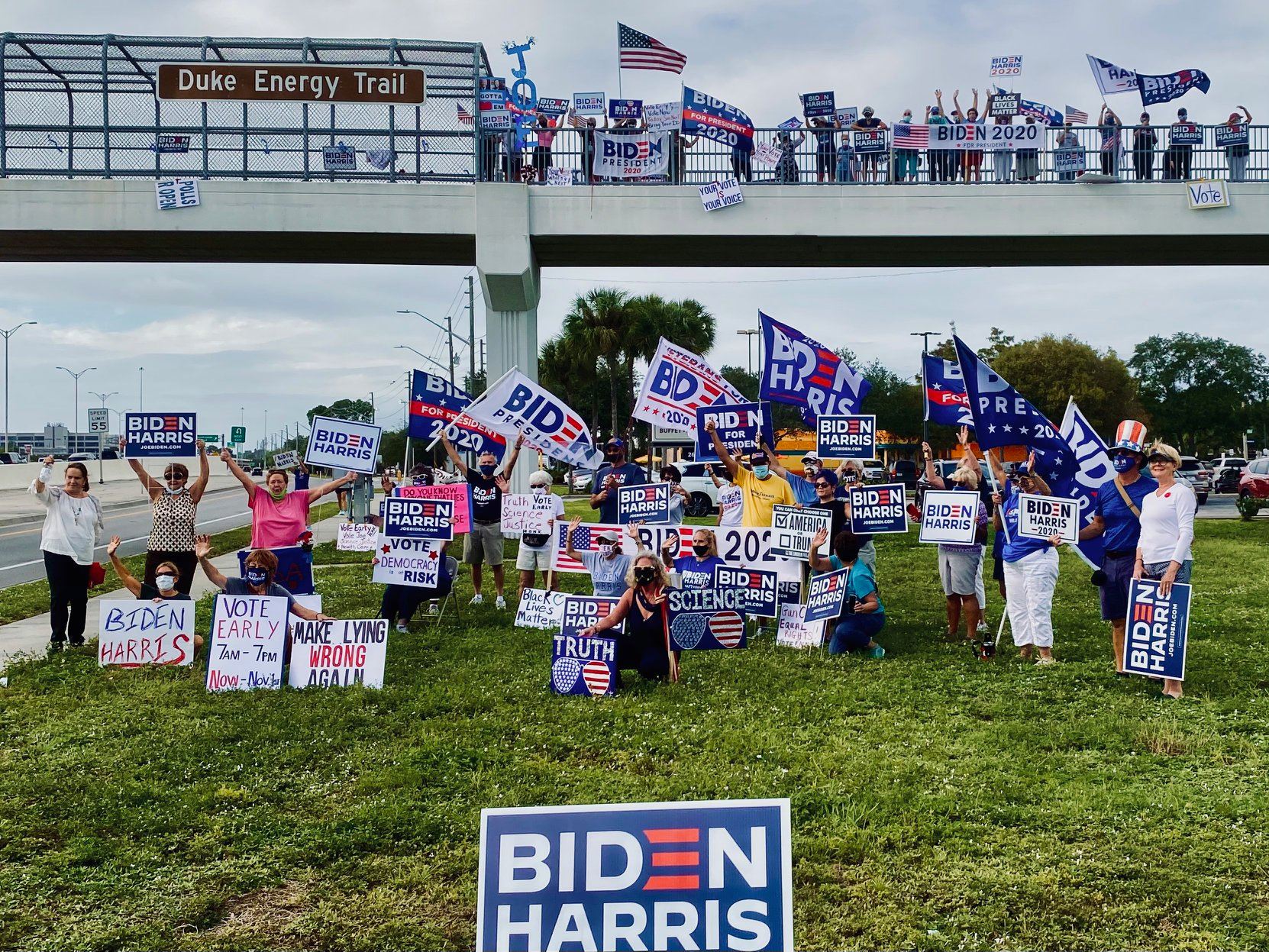 5 Take-aways from the 2020 Election in Pinellas

On November 7th, four days after the Presidential Election, Joseph R. Biden of Delaware and Kamala D. Harris of California secured enough votes in the asinine Electoral College to win the Presidency. It has been eight (8) days since we concluded the 2020 Presidential Campaign. Joe Biden and Kamala Harris are now the President-Elect and Vice President-Elect of the United States of America. We did it! The Pinellas County Young Democrats, along with the Pinellas Democratic Party and its organizers and volunteers delivered Pinellas County, Florida, to the Biden/Harris column. Still, it wasn’t enough to win Florida, and we scraped by victory in Pinellas with a razor-thin margin. Either way, it is a victory, and it counts. We have a lot to be proud of, and I am honored to have worked amongst you all.

First, I want to say thank you. The Pinellas County Young Democrats showed up and showed out! We were organized, and we executed our strategy. The eyes of the nation were on our county, and we delivered a win for Biden/Harris. We worked our asses off. We no-knocked thousands of doors, sent thousands of texts, dropped thousands of pieces of literature. We worked hard. We should be proud of our effort. Our work continues. Our state needs our energy, expertise, and drive. The Florida Democratic Party needs us! We need to demand reforms. A top to bottom overhaul!

Second, we have to reform the Florida Democratic Party. We can no longer rely on South Florida. We have to make real investments in rural communities and develop smaller counties. Democrats live in those places too. We have to make REAL investments in the BIPOC communities and offer a counter-narrative to Cubans and Venezuelans. We need to bring in other Hispanic groups like Mexicans and Puerto Ricans and give them a seat at the table. This should be our driving mission as we move our Chapter forward. We have to take the party to the people. Bring in new members of different backgrounds and experiences.

Third, we now have to recognize that Trumpism is real, and our country is not the country we proclaim to be. In many ways, this Presidential Election has revealed who we are, a deeply divided nation that is not ready yet to deal or reckon with our history. I am still shocked by over 70 million of our fellow Americans who decided to double-down on Trump. I will be thinking hard about this for the next several weeks.

Fourth, I have always said that elections matter, and elections have consequences. If you are a person who believes that your vote doesn’t matter, I don’t know how else to show it does. Voter suppression works, and one political party in the United States has made it their mission to prevent as many people from voting as possible. Their path to victory is to suppress the vote, make it harder to vote, add barriers to voting, and engage in misinformation about voting. We have to place an intense focus on correcting our voting problems. Long lines at the polls are COMPLETELY SOLVABLE if we had the political will to fix it. Generation Z and Millennials are the most considerable portion of the American populous. Our mission going forward should include registering and teaching our generation how to vote and why our votes matter. We can fundamentally change this country if we seize our voting power.

Fifth, I want to remember that young people showed up this year! Gen Z and Millennials showed up! This is our country too. We can make a difference. We must continue to demand action and results from our leaders on all the critical issues, from climate change and environmental justice to racial equity and economic justice. We have to keep the faith, walk in our power, and continue to show up when it matters.

Take a break; this election season has been challenging, mentally exhausting, and worrisome. However, we cannot sit on the sidelines for long. We have a lot of work to do in Pinellas County and our country. I titled this posting unity is great, but freedom is better because it was a phrase, I heard watching election results coverage. Yvette Simpson, CEO of Democracy for America, has given me some marching orders as we move forward. Watch Here.