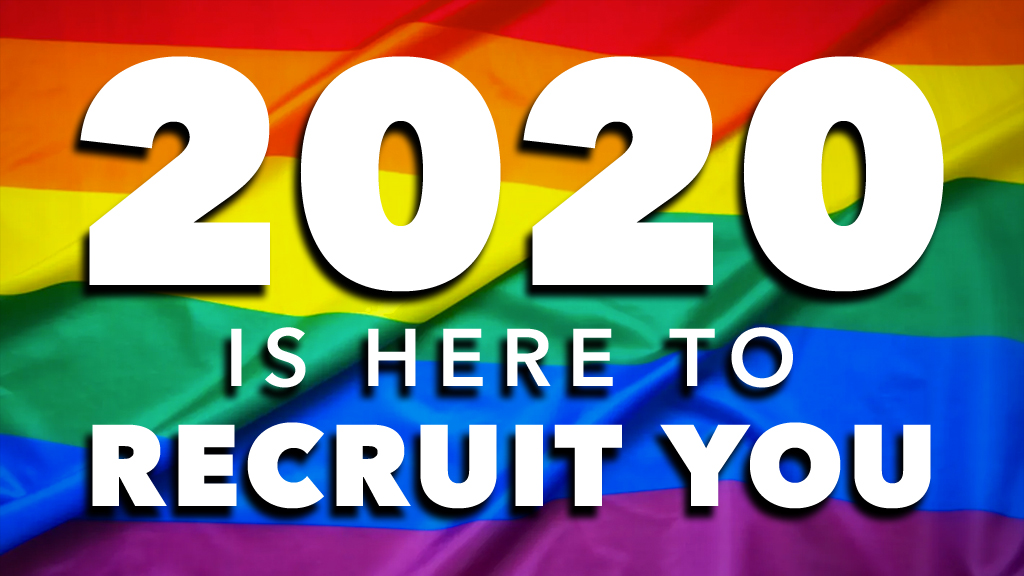 Young LGBTQ+ people have seen profound and rapid cultural and social changes over the last decade but we shouldn’t stop pushing. There is more work to do.

As we wrap of Pride Month 2020, I’ve been doing a lot of reflecting on where we have been and grappling with the rapid cultural and social changes we’ve have seen. 2020 has been a wild ride and this Pride Month has certainly been impacted by COVID19, civil disobedience, and a national spotlight on police violence and brutality, spearheaded by the Black Lives Matter movement. We have just surpassed the 5-year anniversary of the landmark Obergefell Supreme Court decision and I think we must now do some deep reflection and chart a course of how we continue to march towards progress, equity, and equality to complete a more perfect union.

I am a Black gay millennial and community leader and I recognize that we cannot stop now. Our fight didn’t end with marriage equality or the repeal of Don’t Ask Don’t Tell (DADT). I am part of a generation that has seen tremendous progress. I have largely lived in a world, at least in the West, where LGBTQ+ acceptance has been normalized and mainstreamed. I am part of the YouTube generation, where millions of people posted Coming Out videos showcasing that we are not alone and launched successful campaigns like #ItGetsBetter. In June 2016, I wrote an essay about the Power of YouTube and shared my experience of watching these videos and how they shaped my young adult life. My generation shared our stories and slowly changed the hearts and minds of our families, friends, and communities.

In May of 2016, I wrote an essay for Buzzfeed Community recapping an experience I had in my first year of being gay married. My husband was involved in a serious car accident and having the title of husband mattered when I went to the hospital to see if he was going to be ok. That experience forced me to reckon with the idea that millions of committed LGBTQ couples didn’t have the same privilege and often were treated with the indignity of being considered a stranger to the person they loved. I shared my story because it adds to the canon of stories that is slowly changing hearts and minds.

I will never forget sitting at my desk as work and reading the Obergefell Decision with tears in my eyes and a smile on my face. It felt like I was experiencing a seismic shift in what I would forever think was possible. Justice Kennedy’s profound conclusion in the Obergefell decision is something I think about a lot:

“No union is more profound than marriage, for it embodies the highest ideals of love, fidelity, devotion, sacrifice, and family. In forming a marital union, two people become something greater than once they were. As some of the petitioners in these cases demonstrate, marriage embodies a love that may endure even past death. It would misunderstand these men and women to say they disrespect the idea of marriage. Their plea is that they do respect it, respect it so deeply that they seek to find its fulfillment for themselves. Their hope is not to be condemned to live in loneliness, excluded from one of civilization’s oldest institutions. They ask for equal dignity in the eyes of the law. The Constitution grants them that right. The judgment of the Court of Appeals for the Sixth Circuit is reversed. It is so ordered.”

I recognize that I am part of a generation whose life experience has afforded us the ability to live in a world where our LGBTQ+ identity is just one part of many traits that define us. LGBTQ+ is no longer the defining characteristic of our existence and we can choose navigate our lives in a manner that simply did not exist 10 years ago, let alone 50 years ago. For that, I am truly grateful to be alive in this era of fundamental change.

Pride celebrations and festivals were canceled this year due to COVID19 and we are not ending the month of June marching in parades, dancing in the streets, or attending our favorite Drag Queen Brunch spot. We are not attending remembrance vigils for Trans lives taken from us. We are not reflecting upon the brave pioneers of the early LGBTQ rights movement or generally getting to experience that overwhelming sense of community that Pride gives us. All is not lost because I am here to recruit you…our work continues.

Some folks are suggesting that Millennials and Gen-Zeds have forgotten about the early days of LGBTQ rights or don’t understand the struggles of past or present. I think those folks are wrong. We are the generation that is demanding real structural changes and we are led by the motto of “just because it has always been, does not mean it will always be.” I am here to recruit you! The famous words of LGBTQ Icon, Harvey Milk, gives me hope and a road map for what we can do now, as the most open-generation in all human history. We must get off the sidelines and continue the work. I believe we understand the intersections struggle, be it for social justice, environmental justice, or economic justice. Be it for Justice for Black Lives, or Trans Lives, or Black Trans Lives. We owe it to ourselves and future generations to get in the fight. We are demanding a more egalitarian society where we are all afforded dignity, liberty, happiness, freedom, equity, and equality.

I Am Here to Recruit You

I am calling upon young LGBTQ+ people and our loving allies to join the movement in building a more perfect union. You can join a Club or Caucus or Community Organization that is working on a cause you believe in. I am asking you to join the Pinellas County Young Democrats, or your local Black Lives Matter group. I am asking you to go visit an LGBTQ+ retirement community because many of our elders are experiencing loneliness in their later years. I guarantee you will leave these meetings with new friends and learning something on the way. I am asking you to volunteer at your local LGBTQ+ Center and work with homeless teens who may be trying to rebuild their lives with a chosen family because their families have abandoned them. I am asking you to VOTE! We need to engage in elections because the people that we send to City Hall, or State House and Senate, or to Congress, or the White House matters. Elections matter. Elections have consequences. I am here to recruit you.

It is so ordered.

How You Can Help Us

Want to do a deep dive into local LGBTQ+ politics? Join the Stonewall Democrats of Pinellas County!