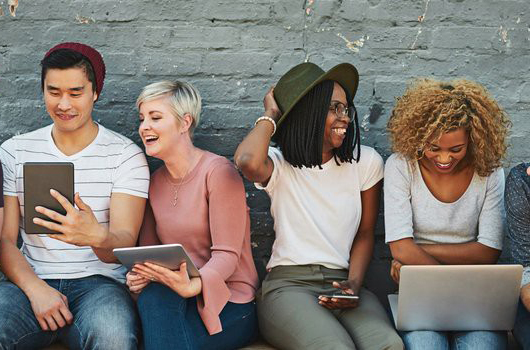 The coalition that makes up the Democratic Party should embrace the youthful pressure disrupting the status quo within the liberal establishment and progressive left.

The rank and file order of the political left is changing. The coalition that makes up the Democratic Party should embrace the youthful and leftward pressure disrupting the status quo within the liberal establishment and progressive left. Millennials or the “the kids” that are often referenced in the news media are not kids anymore. The Democratic Party is missing its opportunities to seize the moment of this era because of pervasive stereotyping and an unwillingness to expand the table of decision making.

For the last year, I have had the honor of leading a dynamic group of Millennials and some Centennials (or Gen Z) in the Pinellas County Chapter of the Young Democrats. A group of us took up the mantle of reorganizing the chapter that was defunct and nonexistent. A year later, folks regularly credit me with the group’s success, but it wasn’t just me. It was a truly a team effort. That is what the naysayers and critics of the Millennial generation don’t fully understand. Despite the stereotype of Millennials being the Me Generation, we are interested in collaborative efforts and working for the greater good.

There seems to be a disconnect with who embodies the youth movement, young voters, Millennials, Centennial, and so on. A lot of people do not recognize that Millennials are not kids anymore. In fact, in Pinellas County, the median age of our Young Democrat Chapter is 29 or 30 years old with the youngest members being 17–18-year-old high school juniors and seniors and the oldest members approaching 40 years old. Most of our Cohort are middle to senior level professionals who have managed to survive The Great Recession of 2008 and the economic stagnation and lack of upward mobility for nearly a decade. We have navigated political paralysis of this era and pushed industries to be more responsive. We have openly changed the narratives surrounding self-care and have helped elevate a new American culture that is far more inclusive than at any point in our history.

However, we have serious and legitimate concerns about the status quo. We question the process and don’t necessarily accept the adage of “that’s how it always been.” We are results-oriented and focused on outcomes. We are genuinely interested in learning, developing new and advanced skill sets, and advocating for issues and causes that are important too. We have become masters of technology, expert users of social media, and can help the party create campaigns that are meaningful. It is time for the Democratic Party to shake the relic of yesterdays campaigns and the tactics of an era that doesn’t exist anymore. That is what we have begun to achieve in Pinellas County and counties all around the country.